RTPI Scotland has undertaken research on the links between spatial and community planning with a view to making recommendations on how they might be strengthened. A report on Phase 1 of the research was published in April.  A workshop to inform the content of the Phase 2 report was held in Edinburgh on Thursday 18 June.

The fact that community planning is a statutory function in Scotland has saddled us with a corporate model of “community planning” which has its origins in the 1990s and is now some 20 years out of date. It sees community planning as being about public agencies working together to deliver better services for communities. The communities themselves are accorded only a passive role.  In fairness, Scottish Government guidance and best practice have moved beyond that, but it remains a process concerned with better local governance rather than community empowerment. 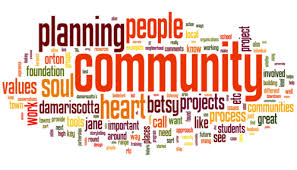 While the RTPI Scotland research is concerned with the relationship between spatial and community planning rather than the reform or modernisation of community planning, I believe that we have to take cognisance of how thinking and community expectations have developed since the Local Government in Scotland Act 2003.  The Community Empowerment (Scotland) Bill has just completed its passage through the Scottish Parliament and the Independence Referendum experience has contributed to the development of a more politically aware and engaged citizenry, ready to demand active involvement in service delivery and place-making.  If we see the challenge only in terms of improving communication between spatial and community planners, we are in danger of simply making planners more complicit in a top-down and technocratic approach to community development which falls short of contemporary needs. We need to be prepared to challenge the model and insist that the empowerment of communities is a central element of our shared agenda.

It is good to see “community-led approaches” featuring in recommendation 9 of the report on Phase 1 of the RTPI Scotland research.  It is to be hoped that this theme can be given greater prominence in Phase 2.

One excellent suggestion highlighted in the workshop is that in the preparation of development plans the traditional call for sites should be broadened to include a call for the identification of community assets.

Report in The Glasgow Herald, June 1927

The David Livingstone Memorial was developed in the early 1930s according to a scheme devised by the architect and planner, Frank Mears. It incorporates important work by the sculptor, Charles d’Orville Pilkington Jackson, including the Patrick Geddes inspired World Fountain.

The village of Low Blantyre was built on the banks of the Clyde near Hamilton in about 1785 to house the workers at the nearby cotton mill founded by David Dale. After production ended in 1904, the settlement was progressively abandoned.  The houses fell into decay and the local council embarked on a programme of gradual clearance so that, by the early 1920s, the tenement in which David Livingstone was born in 1813 was one of the few buildings left standing.  On a visit in 1925, the Rev. Dr. James I. Macnair and the local Congregational minister, the Rev. D. N. Thomson, found it in a ruinous condition and Thomson suggested that an effort should be made to acquire the property and surrounding grounds to create a permanent memorial.

There were three remaining buildings on the site: a three-storey tenement of 24 single-ends, one of which was Livingstone’s birthplace; an adjoining row of two-storey cottages, and a lodge in its own grounds.  An option over the properties was secured from Messrs. Baird & Co., the local coal mining company, and a temporary Memorial Committee was established.  In order to promote the scheme, the Committee recruited the support of an impressive array of Scottish dignitaries, including J. M. Barrie, John Buchan, Ramsay Macdonald, the Duke of Hamilton, Field Marshal Lord Haig, the Earls of Elgin and Home, the leaders of the Scottish churches, the principals of the Scottish universities and the provosts of the cities and principal towns.  An appeal was launched in 1926 but, in the uncertain climate created by the National Strike, wealthy benefactors were reluctant to come forward.  It was not until the following year, after an approach had been made to Scottish Sunday schools and bible classes, that sufficient funds were raised to allow the project to proceed.

The Rev. Dr. Donald Fraser of the United Free Church suggested that Professor Patrick Geddes was the most suitable person to prepare a restoration scheme.  However, Geddes was by this time ensconced in France, busy with his university project at Montpellier.  The Memorial Committee’s Secretary, Mr. J. G. Harley, pointed out that Geddes had a son-in-law, Frank Mears, who was “a man filled with the same idealism” and “had great experience in the restoration of old buildings”.  On this recommendation, Mears was invited to Blantyre to give his opinion.  He was inspired by the opportunity to be involved in a restoration project of such national significance and, after his visit, he greatly expanded on the Committee’s original idea of turning Livingstone’s birthroom into a place of pilgrimage.  James Macnair later acknowledged that “It is to our architect, Frank Mears, that we mainly owe the unique form which the Memorial gradually assumed”.

In its early days, the Memorial’s main attraction was the Livingstone Gallery, which sought to convey the essential aspects of Livingstone’s character in a series of eight relief tableaux.  The concept was devised jointly by Mears and Pilkington Jackson.  Mears created the long, low gallery by throwing four of the tenement’s little rooms together and used their bed recesses as niches for displaying the tableaux.

Some years after work on the Shuttle Row buildings was completed, a gift from the widow of one of the early trustees allowed the construction of the World Fountain in the adjoining grounds.  The design, which displays a strong Geddesian influence, was conceived by Frank Mears and executed by Pilkington Jackson.  It takes the form of a globe of the world about 6 feet in diameter rising from the centre of a basin filled with water.  The globe is tilted so that Blantyre lies on its summit and it is oriented so that, at any time, the area of its surface which is illuminated by the sun corresponds to that part of the world which is then in daylight.  Five plaques around the edge of the fountain portray Geddes’ “elementary occupations of mankind” while, from the basin, bronze figures are positioned to throw fine sprays of water over the globe’s surface.

It is to be hoped that the new project will respect the work by Mears and Pilkington Jackson.